Hi,
does anyone get any kind of response from the Animus Home Support? Reason for asking is that I have a few tickets, now really old (several months), and the only response I ever got was that they had received them, and “is working on them”, nothing else. I am not amused.
/Animusness

I can see your point! Are they technical issues?

Hi,
yes, both of them. One regarding scenes and the other one regarding SSL certificates. None has been answered, confirmed or rejected in any way.

I’ve gotten replies to some of my tickets…

For your oldies I’d suggest to reply to the ticket you got and ask for status, support management systems range from bad to worse, and it’s not uncommon for old tickets to exist but not be on the “front page” of the support system…

Thanks, I think I will do just that. In the end, if they don’t want to answer, I guess they simply won’t…

Yes I have gotten an answer, to the one ticket i have submitted. This was a long time ago now.

Thanks, I guess I just had some bad timing then. I have “bumped” the ticket and hope for some response this time.

How many weeks are normal wait time for support? Months? I bumped one of my tickets 3 days ago, nothing. There are a few really interesting competitors to the

Will discuss the same questions I have with their support while I wait, just for fun, to see if they care of their customers. The “fantastic” feeling I initially got from Animus is now almost cooled off completely. I thought, bluntly, that if i engaged in the forum, things would eventually fall into place, but I’m not so sure of that now. The speed of things within Animus seems to be almost a stand-still, and no communication of upcoming changes, bugfixes and new features makes the wait painful and not very fun at all. If this continues it will probably be a reset soon and return to store if nothing really amazing happens with regards to the support, firmware and overall roadmap communication.

Well, you DO know it’s christmas/newyears, and it’s essentially no work-days until January 7 in Sweden at least…

To me things seem to be moving forward in the right direction, but if you want things-happening-every-time-at-breakneck-speeds you likely want some of the open source projects with all the benefits and drawbacks…

And yes, I agree that upcoming plans etc for releases could be more clearly communicated but given that they recently did the big we-rewrote-most-everytning-release I’m not surprised that they’re currently churning through a big backlog of small bugs to get back on track.

Some of the plans etc are probably around, somewhere. I’ve never been comfortable with the current trend of spreading information in forums, blogs, facebook, twitter, whatchamacallit and TrendyNameOfTheDay. But it is what it is, I’m getting used to being a step or two behind the curve for everything that doesn’t have a github changelog or similar…

If customer care is important for a newly started bushiness? I’d say it would be 24/7, so Christmas or not, support should not be closed just because of that. We all seems to have different expectations from Animus. I chose a consumer product just to have the ability to turn to support when the forum was not the right channel, for bugs, feature requests etc. And yes, I have several open source alternatives, as well as closed consumer devices as well, but as said before, the heart was appealing to me since it is a Swedish product, security minded, well thought out name with a meaning and should eventually be quite capable. But question is when/how long it will take… But sure, things are probably moving in the right direction, whatever that may be without a road map to show it.

Just for the heck of if, I will keep the

and follow the development. It will not be the centerpiece of my home automation though, maybe in the future when/if…

Well, since it IS christmas holidays I would really give the devs some slack.
I also bought the Heart because it is swedish product and like to support it because of this.
I really like my Heart, and what it does, it does really goo. It’s stable and fast in the respons (NOTE, in the Heart itself, the app is somewhat sluggish). The update status in the app got a lot slower with the new version, and more GUI bugs still to fix.

But you are absolutely right about the communication from the company. It’s hard to gain a trust when there is no feedback from bugreports, no info of known bugs and what is in their bug-fix list. One can assume that they are aware of, and working on many of the bugs, in my opinion mostly in the app, but we actually don’t know this. An official list of confirmed bugs would be more than enough in this case to actullay know this.

In my case I have more than 60 automations and scenes due to many button triggers and light conditions, and it works very well. But it requres some trial and errors to get around some corner-cases to get this working setup. The number increases quickly when there are multiple conditions like, daylight is coming AND we are home, OR not home OR coming home OT time is… etc…

I think I’m going to submit a list of all issues and quirks I’m aware of as a bugreport and wait for next bugfix of the app and that hope that that version will “rise to the next level”, well at least squeeze out the most annoying bugs.

Overall I’m quite satisfied with my Heart, but one thing that would be nice to get in the long run is increased support for wifi-devices that doesn’t require new hardware.

I’m not sure that we ever going to see an official “roadmap” for the heart. Partly because I don’t think that the devs want to work that way. Today the team seems to have a technic of updating the heart with bigger updates twice a year with smaller updates somewhere in the middle. Therefore it could take a while for new things to get implemented while tested by the team. I do think that it’s quite clear that we have gotten suggestions and bug fixes implemented that have been brought forward on the forum. Since it’s not an open source project my humble opinion is that we have to trust that the devs implement things that we bring forward. I don’t think that the animus team are out to make a new home assistant. As I reckon the Samsung smartthings and such alike doesn’t have official roadmaps either. Many have made the mistake to make overpromises.

Many have made the mistake to make overpromises.

Agreed, but a high level roadmap could at least indicate areas they plan to assess, not necessarily specifics, which would ease the “black-box” feeling a bit. Just because you have a plan you don’t have to stick with it. You can always reassess and prioritize. IMHO there is a very fine line between work and play, and not being able to predict what comes next is not easy to take seriously. But yes, I made my point and will be along for the ride, and will try not to be so picky going forward.

What i your oldest request at help center with no response at all?

I bought my heart autumn 2019, so no older than that But as stated above, I’m done complaining about that, time to look ahead instead.

So if the support is non existent should I stop making new requests and instead look ahead to an other system?

I did have an other system. That was fully functional with a lot of my 433 components. I changed to Animus because I (wrongly) thought that 433 will mostly be compatible or will soon be (see hotlink below). I have used quite a bit of money and time (replacing 433 items) for no good.

I think I have given Animus a good time to better themselves but I’m soon to give up. If the support at least read the requests there would be a chance that I could receive help, but as it is now I think I never will.

Anyone who wants to buy a Heat? 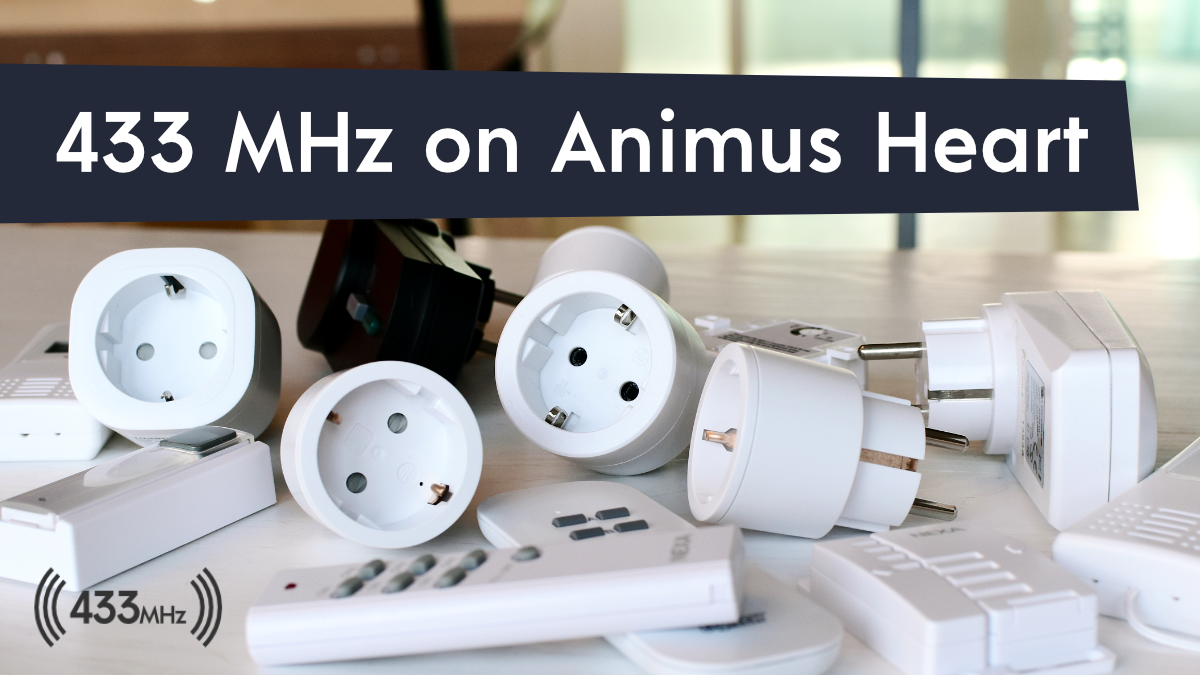 Some brands that are compatible with Animus Heart are Nexa, Luxorparts, Telldus and Cotech. Compatibility is continuously being extended with more devices and brands joining the Animus Home system."

To make a fair guess, Animus did probably not expect as much attention as they’ve got and thus may be a bit understaffed. What I meant was that instead of wasting more energy pointing out the obvious, that probably also will take time to rectify, I for one have chosen to from now on (try to) look ahead. I will for sure create new support tickets whenever that is called for as

is still a work in progress IMHO.